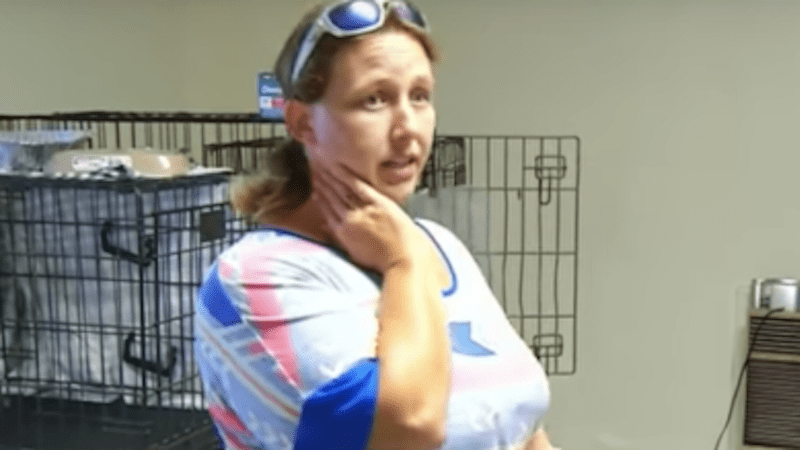 Across the country, well-meaning Americans face the threat of prosecution for violating state laws that criminalize unobjectionable behavior.

In the wake of Hurricane Florence, North Carolina prosecutors served Tammie Hedges with a twelve-count criminal indictment. Hedges runs a non-profit group, Crazy’s Claws N Paws, and during the storm she offered both shelter and basic first aid to pets whose evacuating owners could not take them along. Local officials, at the behest of the state’s Department of Agriculture, accused Ms. Hedges of practicing veterinary medicine without a license.

Facing a public outcry, prosecutors have since dropped these charges. But other individuals who find themselves in the state’s prosecutorial crosshairs have had to go to court to vindicate their rights. Among these was another North Carolinian, Steve Cooksey, who in 2012 was accused by the state of the unlicensed practice of dietetics after he blogged about his dietary practices. Cooksey eventually won a challenge before the U.S. Court of Appeals on First Amendment grounds, but Steven Pruner, another North Carolinian, was not so lucky: In 2011, he was sentenced to 45 days of police custody for selling hot dogs without a permit from his food cart outside the Duke University Medical Center.

North Carolina is hardly alone in criminally prosecuting individuals who unknowingly run afoul of picayune regulatory laws with little to no public-health or -safety purpose. An Oklahoma bartender was prosecuted for serving vodkas infused with flavors like bacon and pickles; a Minnesota man was jailed for the crime of not finishing the siding on his own house; and a California mom was prosecuted for selling homemade ceviche through a recipe-exchange group on Facebook.

In every state in the union, well-meaning individuals face the threat of prosecution for violating regulations that criminalize morally unobjectionable behavior. A new Manhattan Institute report we co-authored assesses the state of criminal law across multiple states and finds that unnecessary criminal statutes abound. States’ criminal codes are three to ten times longer than the Model Penal Code promulgated by the august collection of scholars and practitioners at the American Law Institute. More than 77 percent of new crimes are codified outside the criminal code. And a large fraction of state crimes are never voted on by elected representatives, because criminal-lawmaking power is regularly delegated to bureaucrats or even private licensing boards.

Call it “criminalization without representation.”

Some of the criminal regulations we have studied are silly, such as an old South Carolina law promising jail time for the unlicensed practice of fortunetelling. (Exactly how one would license a fortuneteller remains unclear.) Others make some sense — including the veterinary-licensing requirements that ensnared Ms. Hedges. (Dispensing potentially dangerous pharmaceuticals to care for Spot and Fido raises legitimate public-health and -safety concerns.) But the proliferation of criminal laws makes it almost impossible for citizens to know what can land them in handcuffs.

What, then, is to be done? There are various steps states can take to streamline their criminal laws, protect those who unknowingly violate rules, and make lawmakers more accountable.

Legislatures should focus on making their criminal laws easier to follow, as well as on trimming unnecessary, duplicative, and unjust statutes from the books. Earlier this summer, the North Carolina legislature gave its imprimatur to a working group tasked with recodifying the state’s crimes into a comprehensive criminal code. In 2014, Minnesota governor Mark Dayton called the legislature into an “unsession” focused on pruning outmoded laws; more than 1,175 crimes were repealed in the effort. Other states would be wise to follow such examples.

Legislatures should also enact rules that protect individuals who unintentionally violate a rule that does not involve dangerous or onerous conduct. All states should join the 15 that have established a default level of criminal intent that prosecutors must prove to secure a conviction, unless the legislature expressly says otherwise. States should also expand the ability of individuals to assert a “mistake of law” defense if they can show they made a genuine good-faith effort to comply with legal rules.

Finally, legislatures should stop the practice of delegating their criminal-lawmaking authority to unelected officials. Regulatory agencies may be better equipped to draft complex regulatory codes, but there is little excuse for allowing them to unilaterally write rules that can land citizens behind bars.

After all, most individuals and businesses unlucky enough to run afoul of such laws won’t be as lucky as Tammie Hedges, who escaped prosecution largely because her case made national news. If we’re serious about addressing the problem that landed an animal lover in handcuffs, it’s time we started reversing the overcriminalization of America.

— James R. Copland and Rafael A. Mangual are the authors of the recent Manhattan Institute study, “Overcriminalizing America: An Overview and Model Legislation for the States.”