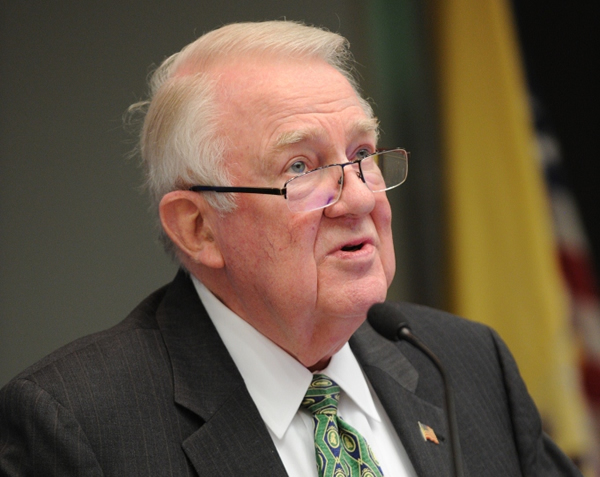 Imagine the police knocking on your door because you mistakenly forgot to fill out an obscure form required by foreign law before opening up a small business.  Imagine your 80-year-old mother being arrested for failing to place the appropriate sticker on an otherwise properly shipped package.  Imagine your cancer-stricken neighbor being criminally charged for failing to trim the shrubbery in front of their house.  Or imagine your child being prosecuted for eating a French fry in a public place.

Unfortunately, none of these situations is imaginary.  While delivering the keynote address at a Seton Hall Circuit Review symposium dedicated to overcriminalization, Edwin Meese III, the former Attorney General of the United States, noted that these are “examples of recent cases where ordinarily law-abiding citizens suddenly found themselves prosecuted as criminals.”  He also noted to the audience of lawyers, law students, and academics that the harm of overcriminalization is not merely the possibility of jail time, but the additional insult that results from being thrown into the criminal justice system and the corresponding loss of personal and business reputation.  In many cases, individuals found not guilty or those indicted but never prosecuted by the government are unable to cleanse themselves of the stigma of being charged with a crime.  Furthermore, while the prosecution of these individuals is highly publicized, an acquittal or the investigation’s termination usually goes unannounced.

“In a democratic republic, government must perform its public safety functions within a framework of liberty and justice,” said Meese.

Meese noted that there were approximately 3,000 federal criminal statutes in the mid-1990s according to an American Bar Association task force.  By the turn of the millennium, Congress had added another 1,000 criminal statutes to the United States Code.  And today, leading experts estimate that there are nearly 4,500 criminal offenses in the federal code alone.

The story does not end there.  Meese observed that the explosive growth of the federal bureaucracy has exacerbated the problem.  In recent years, Congress has adopted broad statutes authorizing administrative agencies to promulgate regulations, which when violated, constitute a crime.  These regulations do not appear anywhere in the United States Code.  Instead they are found in the Code of Federal Regulations, which the great majority of law professors and students have never even touched, never mind average citizens.  With more than 300,000 regulations at the federal level alone, it comes as no surprise that innocent Americans are increasingly snared in the web of the criminal justice system.

What may be particularly disturbing is the way in which the criminal law is used as a blunt instrument for something that it was not intended. As overcriminalization has increased, it has become clear that “criminal law and criminal punishment become nothing more than convenient tools for the exercise of government power to make sociological changes or to try to change social behavior,” Meese said. “The implications of this kind of power in the hands of government officials are grim for all aspects of American life, from personal liberty to global economic competitiveness,” he added. “If one has a utopian view of society then surely it follows that the most powerful force for compelling change, that is, criminal punishment, ought to be used to bring about that utopia.”

Lest we despair too much, there is a light at the end of this tunnel.  When the nation’s former chief law enforcement officer is at the forefront of addressing the growing trend towards overcriminalization, change is possible.  And General Meese is not alone in this fight.  Joining Meese and Heritage are organizations across the political spectrum, including the American Civil Liberties Union, the National Association of Criminal Defense Lawyers, and the Manhattan Institute, and Washington Legal Foundation, making the possibilities endless.

The time has come to remind our lawmakers in Washington, D.C., and in state capitals nationwide what every law student knows by graduation:  Punishing conduct by individuals who lack a guilty mind should be the exception and not the rule.  And it is time for lawmakers to stop criminalizing broad swathes of conduct while leaving the details to administrative agencies.  As Meese noted at the conclusion of his speech, “If it is important enough to send someone to prison, it is important enough for the Congress itself to debate that particular conduct and that particular punishment in a statute.”

An audio stream of Meese’s speech may be found here.

Joseph Luppino-Esposito is a Visiting Legal Fellow at The Heritage Foundation.  Co-authored by Rahool Patel, a third-year law student at Seton Hall Law School and the Symposium Editor of the Seton Hall Circuit Review.