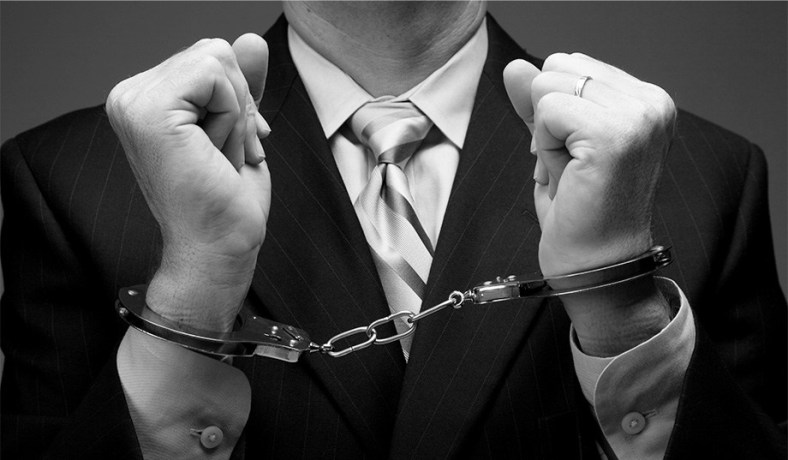 Originally published at the National Review by George Will | April 9, 2015

The hyper-proliferation of criminal statutes has put too much power in the hands of prosecutors.

What began as a trickle has become a stream that could become a cleansing torrent. Criticisms of the overcriminalization of American life might catalyze an appreciation of the toll the administrative state is taking on the criminal-justice system, and liberty generally.

In 2007, professor Tim Wu of Columbia Law School recounted a game played by some prosecutors. One would name a famous person — “say, Mother Teresa or John Lennon” — and other prosecutors would try to imagine “a plausible crime for which to indict him or her,” usually a felony plucked from “the incredibly broad yet obscure crimes that populate the U.S. Code like a kind of jurisprudential minefield.” Did the person make “false pretenses on the high seas”? Is he guilty of “injuring a mailbag”?  TOP ARTICLES2/5READ MOREWarren Rips Bloomberg for AllegedlyTelling Pregnant Employee to ‘Kill’ It

In 2009, Harvey Silverglate’s book Three Felonies a Day demonstrated how almost any American could be unwittingly guilty of various crimes between breakfast and bedtime. Silverglate, a defense lawyer and civil libertarian, demonstrated the dangers posed by the intersection of prosecutorial ingenuity with the expansion of the regulatory state.

In 2013, Glenn Harlan Reynolds, University of Tennessee law professor and creator of Instapundit, published in The Columbia Law Review “Ham Sandwich Nation: Due Process When Everything is a Crime.” Given the axiom that a competent prosecutor can persuade a grand jury to indict a ham sandwich, and given the proliferation of criminal statutes and regulations backed by criminal penalties, what becomes of the mens rea principle that people deserve criminal punishment only if they engage in conduct that is inherently wrong or that they know to be illegal?

Now comes “Rethinking Presumed Knowledge of the Law in the Regulatory Age” (Tennessee Law Review) by Michael Cottone, a federal judicial clerk. Cottone warns that as the mens rea requirement withers when the quantity and complexity of laws increase, the doctrine of ignorantia legis neminem excusat — ignorance of the law does not excuse — becomes problematic. The regulatory state is rendering unrealistic the presumption that a responsible citizen should be presumed to have knowledge of the law.

There are an estimated 4,500 federal criminal statutes — and innumerable regulations backed by criminal penalties that include incarceration. Even if none of these were arcane, which many are, their sheer number would mean that Americans would not have clear notice of what behavior is proscribed or prescribed. The presumption of knowledge of the law is refuted by the mere fact that estimates of the number of federal statutes vary by hundreds. If you are sent to prison for excavating arrowheads on federal land without a permit, your cellmate might have accidentally driven his snowmobile onto land protected by the Wilderness Act.

Regulatory crimes, Cottone observes, often are not patently discordant with our culture as are murder, rape, and robbery. Rather than implicating fundamental moral values, many regulatory offenses derive their moral significance, such as it is, from their relation to the promotion of some governmental goal.

The presumption of knowledge of the law is, Cottone argues, useful as an incentive for citizens to become informed of their legal duties. Complete elimination of the presumption would be a perverse incentive to remain in an ignorance that might immunize a person from culpability. But “there can be no moral obligation to do something impossible, such as know every criminal law,” let alone all the even more numerous — perhaps tens of thousands — regulations with criminal sanctions. The morality of law, Cottone argues, requires laws to be, among other things, publicized, understandable and not subject to constant changes. Otherwise everyone would have to be a talented lawyer, “a result hardly feasible or even desirable.”

Overcriminalization, says professor Reynolds, deepens the dangers of “a dynamic in which those charged with crimes have a lot at risk, while those doing the charging have very little ‘skin in the game.’” With a vast menu of crimes from which to choose, prosecutors can “overcharge” a target, presenting him or her with the choice between capitulation-through-plea-bargain or a trial with a potentially severe sentence.

Given the principle — which itself should be reconsidered — of prosecutorial immunity, we have a criminal-justice system with too many opportunities for generating defendants, too few inhibitions on prosecutors, and ongoing corrosion of the rule and morality of law. Congress, the ultimate cause of all this, has work to undo.